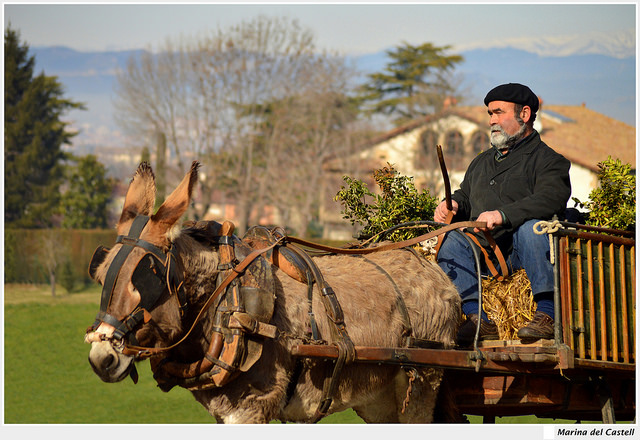 Rural areas can be beautiful and relaxing, but they also must confront important challenges. These problems include a lack of public transportation, human services, and medical professionals and facilities.

On the positive side, and focusing on the United States, rural areas feature much more open space and less crowding. Their violent and property crime rates are much lower than those in large cities, as we have seen. The air is cleaner because there is less traffic and fewer factories and other facilities that emit pollution. Life in rural areas is thought to be slower paced, resulting in lower levels of anxiety and a greater sense of relaxation. For these and other reasons, rural residents exhibit better mental health on the average than do urban residents.

On the negative side, rural areas are often poor and lack the services, employment opportunities, and leisure activities that cities have. Teens often complain of boredom, and drug and alcohol use can be high (Johnson et al., 2008). Public transportation is often lacking, making it difficult for people without motor vehicles, who tend to have low incomes, to get to workplaces, stores, and other venues (Brown, 2008). Rural residents with motor vehicles often must still travel long distances to shop, to visit a doctor, to go to work, and to do any number of other activities. Many rural areas in the United States lack high-speed broadband, a necessity in today’s economy. As a result, their economic development is impaired (Whitacre, 2010). All these challenges contribute to special problems in rural areas. We now examine some of these problems.

As Chapter 13 “Health and Health Care” noted, rural areas often lack sufficient numbers of health care professionals, hospitals, and medical clinics. The National Rural Health Association (2012) points out that although one-fourth of the US population is rural, only one-tenth of physicians practice in rural areas. Urban areas have 134 physician specialists for every 100,000 residents, but rural areas have less than one-third this number.

Compounding these shortages are other problems. The first is that the small hospitals typical of rural areas generally lack high-quality care and equipment. A patient who needs heart bypass surgery, brain surgery, or other types of complex medical care is likely to have travel to an urban hospital far away.

The second problem is the long distances that ambulances and patients must travel. Because ambulances and other emergency vehicles must travel so far, rural residents with emergencies receive medical attention more slowly than their urban counterparts. The long distances that people must travel make it more difficult for patients with health problems to receive medical care. For example, a rural cancer patient who needs chemotherapy or radiation might have to travel two to three hours in each direction to receive treatment. Travel distances in rural areas also mean that rural residents are less likely than urban residents to receive preventive services such as physical examinations; screenings for breast cancer, cervical cancer, and colorectal cancer; and vaccinations for various illnesses and diseases.

In yet another problem, rural areas are also much more likely than urban areas to lack mental health care, drug abuse counseling and programs, and other services related to physical and mental health.

For all these reasons, rural residents are more at risk than urban residents for certain health problems, including mortality. For example, only one-third of all motor vehicle accidents happen in rural areas, but two-thirds of all deaths from such accidents occur in rural areas. These problems help explain why rural residents are more likely than urban residents to report being in only fair or poor health in government surveys (Bennett, Olatosi, & Probst, 2009).

An additional health problem in rural areas arises from the age profile of their populations. Compared to urban areas, rural areas have an “aging population,” or a greater percentage of adults aged 65 and older. This fact adds to the health-care problems that rural areas must address.

The discussion of education in Chapter 11 “Schools and Education” focused mostly on urban schools. Many of the problems discussed there also apply to rural schools. However, rural schools often face hurdles that urban and suburban schools are much less likely to encounter (Center for Rural Policy and Development, 2009).

First, because rural areas have been losing population, they have been experiencing declining school enrollment and school closings. When a school does close, teachers and other school employees have lost their jobs, and students have to rather suddenly attend a new school that is usually farther from their home than their former school.

Second, rural populations are generally older than urban populations, as mentioned earlier, and have a greater percentage of retired adults. Therefore, rural areas’ per-capita income and sales tax revenue are lower than that for urban and suburban areas, and this lower revenue makes the funding of public schools more challenging.

Third, rural families live relatively far from the public schools, and the schools are relatively far from each other. As a result, rural school districts have considerable expenses for transporting children to and from school, after-school athletic events, and other activities.

Finally, it is often difficult to recruit and retain quality teachers in rural areas. This problem has forced some rural school districts to offer hiring bonuses or housing assistance to staff their schools.

Although many US cities have high poverty rates, the poverty rate is actually somewhat higher overall in rural areas than in urban areas. In 2010, 16.5 percent of rural residents were classified as officially poor, compared to 14.9 percent of urban residents. However, the poverty rate in the nation’s largest cities was higher yet at 19.7 percent. The number of poor rural residents was almost 8 million, while the number of poor urban residents (reflecting the fact that most Americans live in urban areas) was almost 36 million (DeNavas-Walt, Proctor, & Smith, 2011).

Rural poverty is thought to be more persistent than urban poverty because of the factors that contribute to its high rate. These factors include the out-migration of young, highly skilled workers; the lack of industrial jobs that typically have been higher paying than agricultural jobs; and limited opportunities for the high-paying jobs of the information age. Biotech companies, electronics companies, and other symbols of the information age are hardly ever found in the nation’s rural areas. Instead, they locate themselves in or near urban areas, in which are found the universities, masses of people, and other necessary aspects these companies need to succeed.

Compounding the general problem of poverty, rural areas are also more likely than nonrural areas to lack human services programs to help the poor, disabled, elderly, and other people in need of aid (National Advisory Committee on Rural Health and Human Services, 2011). Because rural towns are so small, they often cannot afford services such as soup kitchens, homeless shelters, and Meals on Wheels, and thus must rely on services located in other towns. Yet rural towns are often far from each other, making it difficult and expensive for rural residents to obtain the services they need. For example, a Meals on Wheels program in an urban area may travel just a few miles and serve dozens of people, while it may have to travel more than one hundred miles in a rural area and serve only a few people. Adding to this problem is the strong sense in many rural areas that individuals should be strong enough to fend for themselves and not accept government help. Even when services are available, some people who need them decline to take advantage of them because of pride and shame.

One of the sad facts of rural life is domestic violence. This form of violence is certainly common in urban areas, but the defining feature of rural areas—a relatively low number of people living in a relatively broad area—creates several problems for victims of domestic violence, most of them women (DeKeseredy & Schwartz, 2009).

For example, these women often find it difficult to get help and/or to leave their abusers wherever they live. However, it is often even more difficult for rural women to do so. Rural police may be unenlightened about domestic violence and may even know the abuser; for either reason, they may not consider his violence a crime, and abused women may be that much more reluctant to tell the police about their abuse.

Another problem concerns the availability of battered women’s shelters, which provide invaluable services for abused women and any children they might have. These shelters tend to be found in cities, which still do not have nearly enough shelters. Rural areas generally lack shelters, and any shelters that exist are often long distances from the homes of abused women. In rural areas, abused women are also more likely than their urban counterparts to lack neighbors and friends to whom they can turn for support, or at least to live farther from these individuals. For all these reasons, rural women who experience domestic violence face a problem that has been called “dangerous exits” (DeKeseredy & Schwartz, 2009).

Whitacre, B. E. (2010). The diffusion of Internet technologies to rural communities: A portrait of broadband supply and demand. American Behavioral Scientist, 53, 1283–1303.