More than 100 years ago, Lev Kuleshov, a Soviet filmmaker, discovered that viewers interpreted an actor’s facial expression differently depending on what they were shown before it. They interpreted a man’s facial expression as showing hunger when paired with a steaming bowl of soup but as lustful when paired with a pretty woman on a couch. In fact, the shots of the actor were identical. We can see this in modern movies too. Leonardo DiCaprio’s intense stare seems distraught in Titanic, disturbed in Inception, and deranged in Shutter Island. 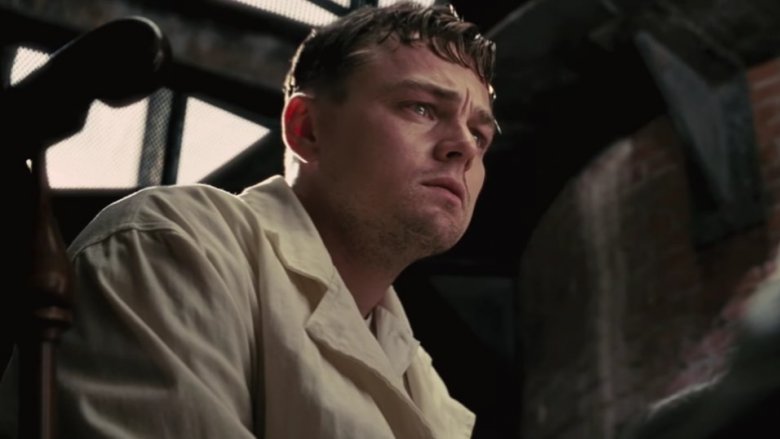 Similarly, the human voice is an amazing tool for conveying meaning with a flexibility we often take for granted. By changing small things in the sound of our voices, such as the pitch, the volume, or the length of the sounds, we can convey a wide variety of meaning, even when we use the same words. Imagine all of the ways you’ve ever heard someone say words like “fine” or “whatever,” and you’ll get a sense of just how much meaning is communicated purely through the way that the human voice produces words. And that communication DOES happen, just like my mom tried to teach me when she would say “don’t take that tone with me!” in response to my teenaged “fine” and “whatever” comments.

Tone is how we let the people we communicate with know our attitude about our topic or even about the reader. It lets our reader know that we’re passionate, angry, interested, indifferent, or any other emotion about the topic of discussion. It also lets the reader know how we view them: as a novice or expert, interested or apathetic, respected or not. And we establish tone in a variety of ways using sight and sound.

When we communicate in person, we use our body language as well as the sound of our voice to convey meaning. We lean forward and make eye contact to tell someone we’re interested in the topic; we lean back to indicate disinterest; we cross our arms to show resistance; we smile to show that we’re supportive.[1] What may seem like a very simple in-person conversation is actually a very rich medium of communication where all of these elements work together to produce a specific effect.

Another filmmaking technique to establish tone is the reaction shot. Here, a director shows the audience how they should interpret the actions of the actors in the scene by having the background actors react in a certain way. During a marriage proposal, we know whether to be hopeful, worried, or angry depending upon how any friends or family in the background react to the event.

We can even see this effect in narrative writing. Novelist and screenwriter Steven Brust describes how he writes these types of reaction shots:

So, if tone is such a complex thing to build in media that are rich in sight, sound, and narrative possibilities, just how can someone establish a tone in a research paper or analytical essay where we only have printed words to work with? We use the tools at our disposal: words.

Word choice is one way that we set the tone for our readers. Consider three ways to refer to supporters of a politician:

“The delusional acolytes of President Smith”

In the first example, we can tell that the writer has a favorable opinion of President Smith’s supporters. She identifies them as loyal, a positive trait in our society; as citizens, which focuses on a positive relationship between the supporters and their country; and points out that they are working hard, an admirable trait for most people.

In the second example, the writer certainly has a negative opinion about President Smith’s supporters. She refers to these supporters as delusional, meaning that they have false or unrealistic beliefs, and as acolytes, which can refer to followers of a religion but can also be used to describe someone who acts purely on belief rather than reason, often considered a negative for those governing a country.

While the first two examples refer to the same group of people, the attitude that the writer has about this group changes dramatically between the two. The third example, however, is more neutral, simply referring to people who support President Smith politically. Professors often expect this more neutral tone in more informative writing because it demonstrates that the writer is setting aside her personal biases about the topic and is trying to present information fairly. Journalists are also expected to use this kind of tone in their reporting, as are scientists in their research writing. The ability to be (or at least appear) unbiased carries quite a bit of weight in many types of written communication in our society.

Another way to set the tone is through sentence structure. The ways that sentences are assembled can show different attitudes and priorities in a text. Consider these two sentences that express very similar ideas in different ways:

“The senator made some very serious mistakes.”

“Very serious mistakes were made.”

In the first sentence, it’s very clear who made the mistakes: the senator; however, in the second sentence, we know that someone made some very serious mistakes, but it’s not clear who. This change is a grammatical one, changing the active voice to the passive voice, but this grammatical change also changes the tone. In the first sentence, the writer wants the reader to know who is responsible for the mistakes; however, in the second sentence, the writer wants show that they aren’t interested in who caused the mistakes, just that they were made. On the other hand, if the reader feels that the writer SHOULD be concerned with who’s responsible for the mistakes, then this tonal choice comes across as an attempt to obscure the truth rather than simply shift the emphasis.

There are many other ways sentence structure can establish the tone of writing. Long, complex sentences can tell the reader that the writer believes the topic is a complex one and needs careful attention. Combined with word choice, short sentences can provide a more sarcastic or ironic tone, such as an online comment on a The Salt Lake Tribune  story about a visiting politician that simply reads “Utah is full. Go home.”

A third common way that we can set a certain tone in our writing is through perspective. Take these two examples from student e-mails to their professors:

“I looked at my grade. Most of your comments are unclear or confusing, so I don’t know what to do to revise my paper.”

“I started to revise my paper from your comments, but I’m not sure I understand some of them. Could we meet, so I can ask some questions?”

Both of these students are trying to accomplish the same goal: to get clarification on the feedback they received on their papers before they revise them. The first example, though, establishes a tone of blame and certainty. The way that the writer has described the problem shows that he blames the professor for it: “your comments are unclear.” On the other hand, the second example uses a tone of uncertainty and responsibility: “I’m not sure I understand some of them.” The first writer is stating, with absolute certainty, that the professor’s writing is confusing. The second writer is showing that she has tried to understand the feedback but doesn’t think she has succeeded.

So, who’s right here? Was the professor confusing or was the student just confused? Trick question. It isn’t about right or wrong; it’s about effective or ineffective. Tone, just like the other elements of style, is a rhetorical choice that writers make when considering their audience and purpose for writing. The attitude we express about a topic in our writing is just another way that we attempt to accomplish goals in our communication. The real question is, how do you think the professor might respond to these two different tones?

Audience, like in all rhetorical situations, matters here. Professors, although they hold the authority in a classroom, are professional teachers who want to see their students succeed. The professor might be willing to overlook the accusatory tone in service to the higher goal of helping a student who is clearly frustrated. On the other hand, imagine the same situation, but this time with the e-mail sent to a supervisor at work, whose primary goal is to manage employees and serve the business. Are they likely to be as forgiving?

Context also matters. The professor might take more offense at the tone of the first student if that student had skipped their one-on-one meeting where those comments could have been explained in detail and discussed. A supervisor might be more forgiving of that same tone if they had once had the writer’s job and understood their frustration with a difficult task.

Ultimately, tone is just another tool in your rhetorical tool belt. Even though we don’t have the rich sight and sound resources that we do in spoken communication, we can carefully consider how word choice, sentence structure, and perspective help a reader to understand our attitude toward our topic and audience in order to craft more effective written communication.