What do we mean when we say “information”? The word has been around, in more or less its current form, since the 14th century. In the late 14th century, information meant something like “the act of communicating news,” or advice or instruction. It was another century before it meant something like “knowledge concerning a particular topic”—a meaning we can recognize as more or less what we mean by the word today (The Online Etymology Dictionary, “Information”).

Sometimes we compare information—implicitly—to an opinion or point of view. When we invoke this comparison—as when we say, “But that’s only your opinion—it’s not even based on research or real information!”—we indicate that we see information as something more than personal. I can say, for instance, that I believe that capital punishment is wrong, that, in fact, it is legalized murder. This is a statement of my opinion, my belief, and my point of view. It is not, however, information, except insofar as it is information about me. Information on the topic of capital punishment might be something like this: 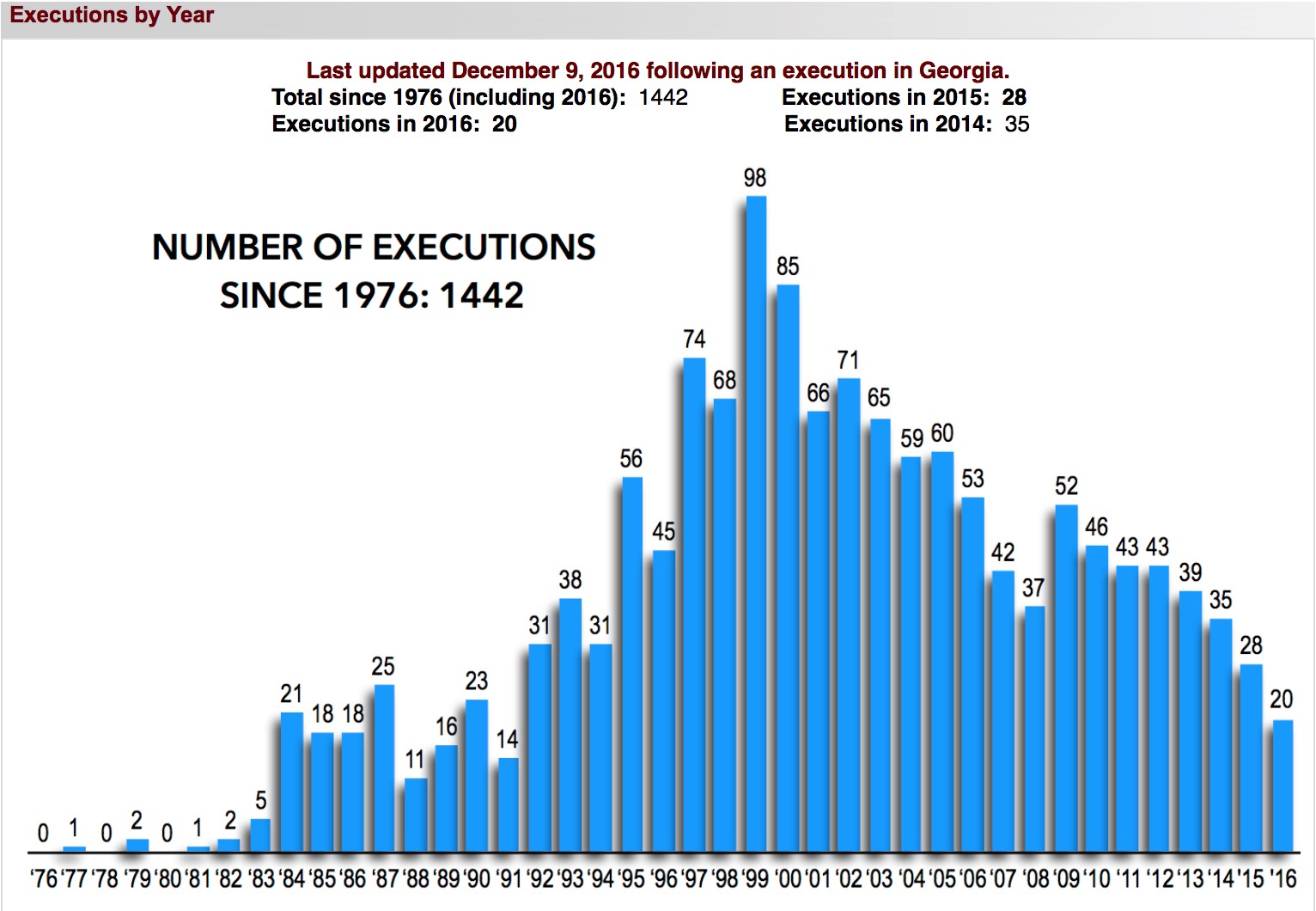 This graph comes from the Death Penalty Information Center’s website. The DPIC is a national non-profit that deals with information about the death penalty. If I had doubts about this graph—about the veracity of the figures therein—I would be able to cross-check it with other sources, such as, perhaps, the Department of Justice’s figures, or scholarly research into the death penalty. The above graph does not deal with opinions, at least not straightforwardly. Instead, it compiles figures and organizes them in such a way that a reader can understand what the figures are and mean.

To deal in information, then, is to deal with modern ideas about verifiability, substantiation, and even proof. Charles Bazerman, in his 1988 study of the emergence of the scientific report of experimental data (Shaping Written Knowledge), talks about the development of this genre (one that is a good example of information effect writing). The reports Bazerman studied were written between about 1650 and 1800; his analysis shows the development of communal norms around the features of the genre, which included a complete and accurate account of experimental results. In other words, the usefulness of a scientific report of experimental data was determined in part by the quality and veracity of the information it provided.

So, by analogy, when a writer wants to deal in information, s/he must first lay hands upon information of good quality, which readers will find credible and useful. A writer who wants to achieve the information effect—that is, writing that primarily focuses on information as opposed to opinion or point of view—will do research to obtain that information and will organize the information in such a way that a reader can understand it.

This means that there’s a rhetoric—a “best available means of persuasion”—to informative writing, even though it doesn’t particularly concern itself with point of view. Perhaps this seems a little contradictory: why would a writer who’s just laying out information—facts—need to persuade a reader?

There are at least a couple of ways of thinking about this. One is that the organization of researched information has a persuasive dimension. If the information in a text is well organized and laid out visually, a reader will likely find that text to be more credible than if the information is ill-sequenced, poorly explained, or badly displayed. This may be partly a matter of ethos—a well-organized and designed piece of writing certainly does speak to a writer’s credibility—but it also speaks to the logic that underlies organization and sequencing. If you as a writer need the reader to understand a certain background set of facts before s/he can understand a more specific instance, then sequencing the pieces of information by putting the background facts first and the specific instance facts next is more persuasive than sequencing them the other way around. Appropriately organizing explanations of the facts and transitions between pieces of information also helps the reader to logically understand the information and thus be persuaded of its credibility.

Another way of thinking about the rhetoric of informative writing is to consider the flow of information in an organized piece as a kind of story—a meta-story, if you will. As you guide the reader through careful sequencing of information, you’re shaping a journey that the reader embarks upon. As you explain the statistics or data that you’re using, you control the pace at which the reader takes the journey, pointing out what’s important and what’s crucial as you go. And as you end the piece, arriving at the end of the journey with the reader in tow, the reader will, if you’ve done a good job telling the meta-story, feel that s/he has seen and heard something significant, which helps her/him understand something valuable about the territory you’ve covered together. The information must, in other words, add up in some way: it must lead to and arrive at a point. It must, in other words, tell a story, and the story must make sense out of the information, or risk being understood as irrelevant.

You may have heard some people say, when talking about rhetoric, that all writing is persuasive. The persuasiveness of the kinds of texts we’re talking about here—those that seek to forward information and that downplay overt argumentation—is achieved with some subtlety, and depends heavily on your ability to organize and clearly explain sets of data. It’s also important to understand that when you seek to write informatively, your credibility depends upon your earnest and pointed effort to write accurately and fairly. This means, among other things, trying to characterize differing points of view about the data sets without name calling or trash talking; it also means that you approach the reader with the intention of helping him or her understand what the data says. Of course, selecting data to report on is itself a persuasive act; the ethical writer, seeking to represent information, tries to do so fairly, and to give an accurate sense of the big picture. It’s a balancing act, but it’s worth striving for that balance, since helping a reader gain a greater understanding of the complex world we all share is in itself an entirely worthy goal.