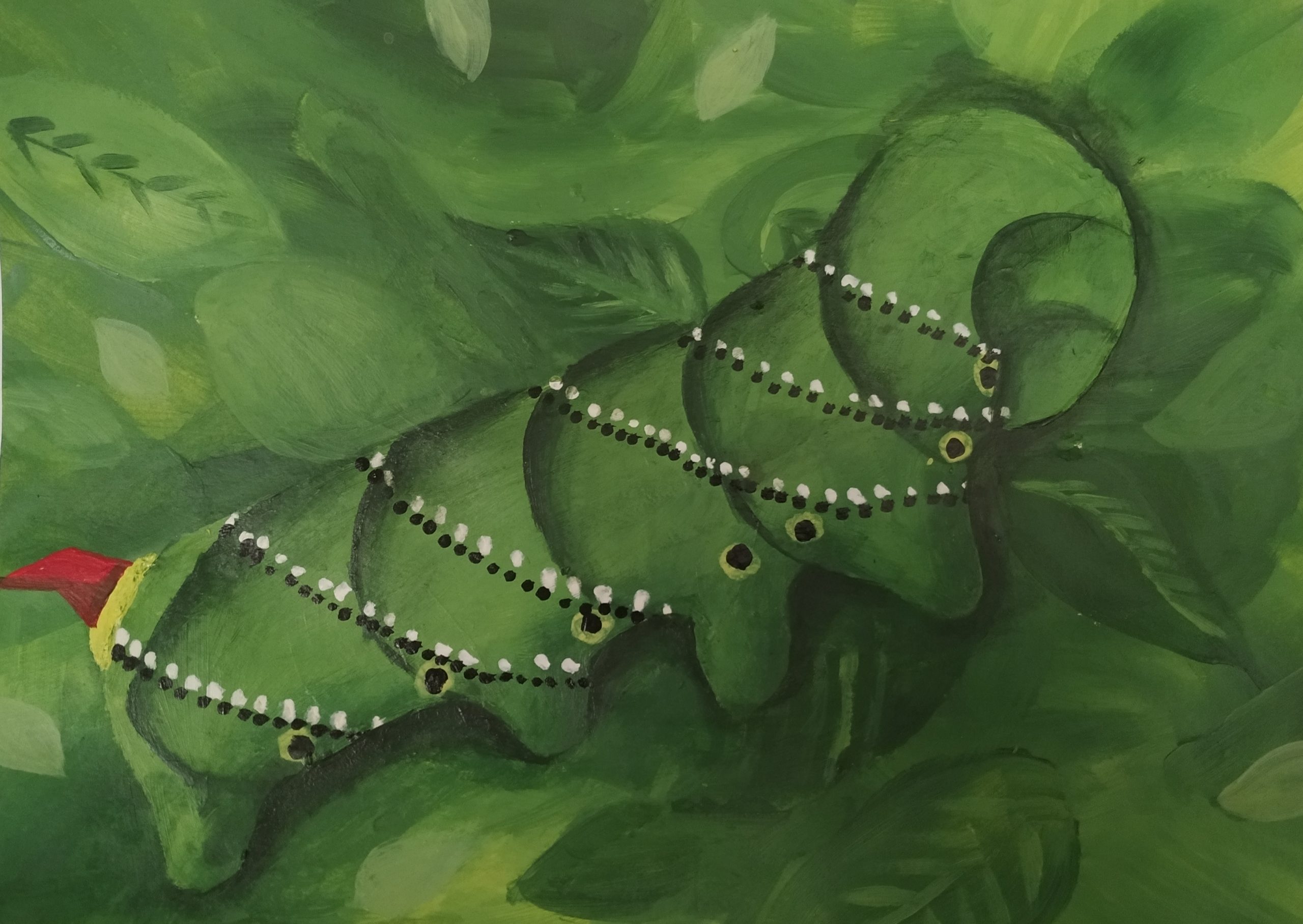 I chose this topic on the Manduca Sexta because I really found it interesting to know what food  type that the larvae leans toward. In the beginning I was a little bit confused on whether the  larvae would be given only two types of seeds but after being in touch with the researcher and his mentor, I was enlightened to know that the species has a variety of food type choices to pick from. That’s how I developed the idea for my design. I envisioned a variety of leaves, that I’ve  been told the researcher is working with, that has different shapes, organic and inorganic, that being the background. Then on-top of the background, I wanted the larvae curled and well  feasted. This depicts the subject because the bold larvae is laying on-top a bunch of leaves to  choose from, similar to what I understood about the researcher’s project. Overall, I felt like this project really taught me a lot and provided me with a quite different, interesting approach toward  art meets science.

Journal of Research in Progress Vol. 4 by Howard Community College is licensed under a Creative Commons Attribution-NonCommercial-NoDerivatives 4.0 International License, except where otherwise noted.