When we hear the term economy, it is usually in the context of how the economy “is doing”: Is inflation soaring or under control? Is the economy growing or shrinking? Is unemployment rising, declining, or remaining stable? Are new college graduates finding jobs easily or not? All these questions concern the economy, but sociologists define economy more broadly as the social institution that organizes the production, distribution, and consumption of a society’s goods and services. Defined in this way, the economy touches us all. 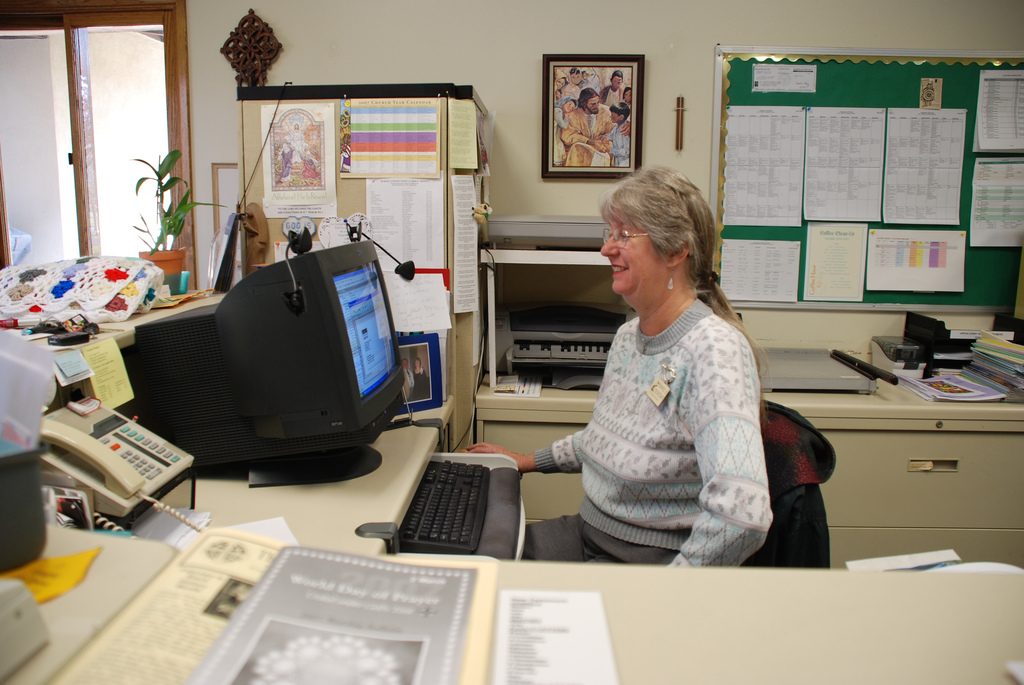 Clerical work and other occupations that provide services rather than products constitute the tertiary sector in the economy.

When we reviewed the development of societies in Chapter 5 “Social Structure and Social Interaction”, we saw that the earliest were hunting-and-gathering societies in which people eked out a meager existence by hunting animals and gathering plants to feed themselves. Most of their waking hours were devoted to these two tasks, and no separate economic institution for the production and distribution of goods and services existed. The horticultural and pastoral societies that next developed also lacked a separate economy. Although people in these societies raised animals and/or grew crops and were better off than their hunting-and-gathering counterparts, these tasks, too, were done within the family unit and monopolized most of their time. No separate institution for the production and distribution of these sources of food was involved.

This separate institution—the economy—finally did appear with the advent of agricultural societies about 5,000 years ago. These societies were able to produce food surpluses thanks to the invention of the plow and the wheel and other technological advances. These surpluses led to extensive trade within the societies themselves and also with other societies. The rise of trade was the first appearance of a separate economy. People also had to make the plows and wheels and repair them when they broke, and new crafts jobs arose to perform these functions. These jobs, too, marked the development of a separate economy. Despite this development, most people’s work still took place in or very near their homes. Craftspeople and merchants may have been part of the new economy, but most still worked out of their homes or very near them.

Industrialization and the Division of Labor

Work and home finally began to separate in the 1700s and 1800s as machines and factories became the primary means of production with the emergence of industrial societies. For the first time, massive numbers of people worked in locations separate from their families, and they worked not for themselves and their families but for an employer. Whole industries developed to make the machines and build the factories and to use the machines and factories to manufacture household goods, clothing, and many other products. As should be clear, the secondary sector of the economy quickly became dominant. Perhaps inevitably it led to a growth in the tertiary (service) sector to respond to the demands of an industrial economy. For example, enterprises such as banks emerged to handle the money that industrialization brought not only to people with names like Carnegie and Rockefeller but also to a growing middle class of factory managers and the businesspeople that bought and sold the products that factories were producing.

One important consequence of industrialization was the specialization of work, more commonly called the division of labor. In agricultural societies, the craftspeople who made plows, wheels, and other objects would make the whole object, not just a part of it, and then sell it themselves to a buyer. With the advent of the division of labor under industrialization, this process became more specialized: some factory workers would make only one part of an object, other factory workers would make a second part, and so on; other workers would package and ship the item; and still other workers would sell it. This division of labor meant that workers became separated from the fruits of their labor, to paraphrase Karl Marx, who also worried that the type of work just described was much more repetitive and boring for workers than the craft work that characterized earlier societies. Because of these problems, Marx said, workers in industrial societies were alienated both from their work and by their work. 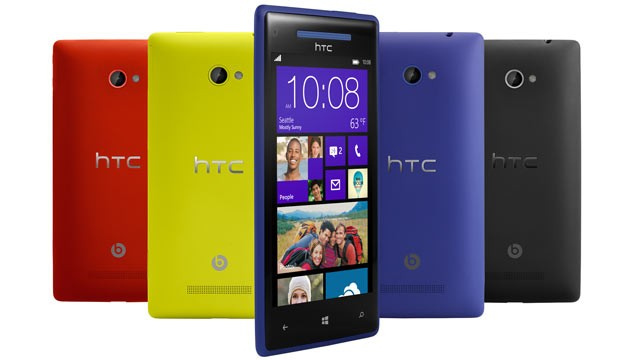 Information technology, such as the smartphones depicted here, are a hallmark of the postindustrial economy. This economy is leaving behind workers without college degrees.

As Chapter 5 “Social Structure and Social Interaction” pointed out, today much of the world has moved from an industrial economy to a postindustrial economy. This is the information age, in which smartphones, netbooks, tablets, and other high-tech equipment have begun to replace machines and factories as the major means of production and in which the tertiary sector has supplanted the secondary sector. Although the information age has brought with it jobs and careers unimaginable a generation ago, it has also meant that a college education has become increasingly important for stable and well-paid employment. Postindustrial economies, then, are leaving behind workers without college degrees, who used to fare well in the manufacturing industries.

With the information age has also come an increasing globalization of the economy. The Internet connects workers and industries across the world, and multinational corporations have plants in many countries that make products for consumers in other countries. What happens economically in one part of the world can greatly affect what happens economically in other parts of the world. If the economies of Asia sour, their demand for U.S. products may decline, forcing a souring of the U.S. economy. A financial crisis in Greece and other parts of Europe during the spring of 2010 caused the stock markets in the United States to plunge. The world is indeed getting smaller all the time. We will return later to the implications of the postindustrial economy for U.S. workers.