Social control is never perfect, and so many norms and people exist that there are always some people who violate some norms. In fact, Émile Durkheim (1895/1962), a founder of sociology discussed in Chapter 1 “Sociology and the Sociological Perspective”, stressed that a society without deviance is impossible for at least two reasons. First, the collective conscience (see Chapter 1 “Sociology and the Sociological Perspective”) is never strong enough to prevent all rule breaking. Even in a “society of saints,” such as a monastery, he said, rules will be broken and negative social reactions aroused. Second, because deviance serves several important functions for society (which we discuss later in this chapter), any given society “invents” deviance by defining certain behaviors as deviant and the people who commit them as deviants. Because Durkheim thought deviance was inevitable for these reasons, he considered it a normal part of every healthy society. 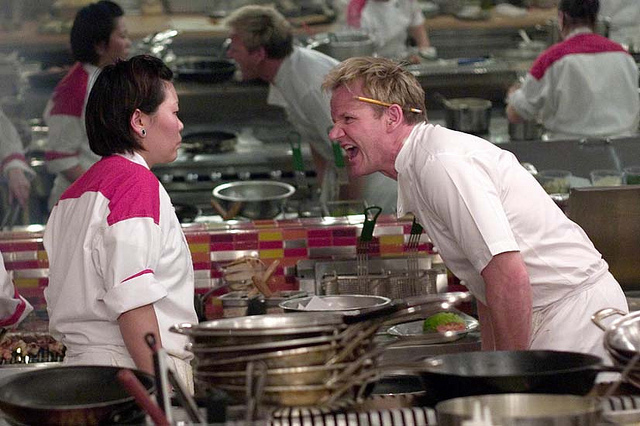 Informal social control, such as the anger depicted here, is used to control behavior that violates informal norms.

Although deviance is normal in this regard, it remains true that some people are more likely than others to commit it. It is also true that some locations within a given society have higher rates of deviance than other locations; for example, U.S. cities have higher rates of violent crime than do rural areas. Still, Durkheim’s monastery example raises an important point about the relativity of deviance: whether a behavior is considered deviant depends on the circumstances in which the behavior occurs and not on the behavior itself. Although talking might be considered deviant in a monastery, it would certainly be considered very normal elsewhere. If an assailant, say a young male, murders someone, he faces arrest, prosecution, and, in many states, possible execution. Yet if a soldier kills someone in wartime, he may be considered a hero. Killing occurs in either situation, but the context and reasons for the killing determine whether the killer is punished or given a medal.

Deviance is also relative in two other ways. First, it is relative in space: a given behavior may be considered deviant in one society but acceptable in another society. Recall the discussion of sexual behavior in Chapter 3 “Culture”, where we saw that sexual acts condemned in some societies are often practiced in others. Second, deviance is relative in time: a behavior in a given society may be considered deviant in one time period but acceptable many years later; conversely, a behavior may be considered acceptable in one time period but deviant many years later. In the late 1800s, many Americans used cocaine, marijuana, and opium, because they were common components of over-the-counter products for symptoms like depression, insomnia, menstrual cramps, migraines, and toothaches. Coca-Cola originally contained cocaine and, perhaps not surprisingly, became an instant hit when it went on sale in 1894 (Goode, 2008). Today, of course, all three drugs are illegal.

The relativity of deviance in all these ways is captured in a famous statement by sociologist Howard S. Becker (1963, p. 9), who wrote several decades ago that

deviance is not a quality of the act the person commits, but rather a consequence of the application by others of rules or sanctions to an “offender.” The deviant is one to whom that label has been successfully applied; deviant behavior is behavior that people so label.