Research involving human subjects must follow certain ethical standards to make sure the subjects are not harmed. Such harm can be quite severe in medical research unless certain precautions are taken. For example, in 1932 the U.S. Public Health Service began studying several hundred poor, illiterate African American men in Tuskegee, Alabama. The men had syphilis, for which no cure then existed, and were studied to determine its effects. After scientists found a decade later that penicillin could cure this disease, the government scientists decided not to give penicillin to the Tuskegee men because doing so would end their research. As a result, several of the men died from their disease, and some of their wives and children came down with it. The study did not end until the early 1970s, when the press finally disclosed the experiment. Several observers likened it to experiments conducted by Nazi scientists. If the subjects had been white and middle class, they said, the government would have ended the study once it learned that penicillin could cure syphilis (Jones, 1981). 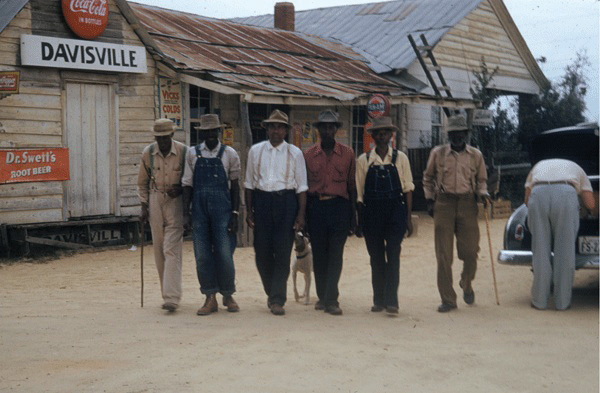 In a study that began in 1932 of syphilis among African American men in Tuskegee, Alabama, government physicians decided not to give penicillin to the men after it was found that this drug would cure syphilis.

Fortunately, sociological research does not have this potential for causing death or serious illness, but it still can cause other kinds of harm and thus must follow ethical standards. The federal government has an extensive set of standards for research on human subjects, and the major sociology professional society, the American Sociological Association, has a code of ethics for sociological research.

One of the most important ethical guidelines in sociological and other human-subject research concerns privacy and confidentiality. When they do research, sociologists should protect the privacy and confidentiality of their subjects. When a survey is used, the data must be coded (prepared for computer analysis) anonymously, and in no way should it be possible for any answers to be connected with the respondent who gave them. In field research, anonymity must also be maintained, and aliases (fake names) should normally be used when the researcher reports what she or he has been observing.

Some sociologists consider the privacy and confidentiality of subjects so important that they have risked imprisonment when they have refused to violate confidentiality. In one example, a graduate student named Mario Brajuha had been doing participant observation as a restaurant waiter on Long Island, New York, when the restaurant burned down. When the police suspected arson, they asked Brajuha to turn over his field notes. When Brajuha refused, he was threatened with imprisonment. Meanwhile, two suspects in the case also demanded his field notes for their legal defense, but again Brajuha refused. The controversy ended 2 years later when the suspects died and the prosecutor’s office abandoned its effort to obtain the notes (Brajuha & Hallowell, 1986).

In another case, a graduate student named Rik Scarce refused to turn over his field notes on radical environmentalists after one of the groups he was studying vandalized a university laboratory. Scarce was jailed for contempt of court when he refused to tell a grand jury what he had learned about the group and spent several months behind bars (Monaghan, 1993).

A third example aroused much discussion among sociologists when it came to light. Laud Humphreys studied male homosexual sex that took place in public bathrooms. He did so by acting as the lookout in several encounters where two men had sex; the men did not know Humphreys was a researcher. He also wrote down their license plates and obtained their addresses and a year later disguised himself and interviewed the men at their homes. Many sociologists and other observers later criticized Humphreys for acting so secretly and for violating his subjects’ privacy. Humphreys responded that he protected the men’s names and that their behavior was not private, as it was conducted in a public setting (Humphreys, 1975).

The requirement of informed consent becomes an ethical issue when prisoners are studied, because prisoners may feel pressured to participate in the study.

Another ethical issue concerns consent. Before a researcher can begin obtaining data, the subjects of the research must normally sign an informed consent form. This form summarizes the aims of the study and the possible risks of being a subject. If researchers want to study minors (under age 18), they normally must obtain a signature from a parent or legal guardian. Informed consent is a requirement for most “real” research these days, but ethical issues arise over the meaning of “consent.” For consent to have any real meaning, potential research subjects must have the right to refuse to take part in a research project without any penalties whatsoever. Otherwise, they may feel pressured to participate in the project without really wanting to do so. This result would violate what “consent” is supposed to mean in the research process. Sometimes subjects are promised a small reward (often between $5 and $20) for taking part in a research project, but they are still utterly free to refuse to do so, and this small inducement is not considered to be undue pressure to participate.

Informed consent becomes a particular problem when a researcher wants to include certain populations in a study. Perhaps the clearest example of such a problem is when a study involves prisoners. When prisoners are asked to be interviewed or to fill out a questionnaire, they certainly can refuse to do so, but they may feel pressured to participate. They realize that if they do participate, they may be more likely to be seen as a “model” prisoner, which helps them win “good time” that reduces their sentence or helps them win a release decision from a parole board. Conversely, if they refuse to participate, they not only lose these advantages but also may be seen as a bit of a troublemaker and earn extra scrutiny from prison guards. Scholarly societies continue to debate the ethical issues involved in studies of prisoners and other vulnerable populations (e.g., offenders in juvenile institutions, patients in mental institutions), and there are no easy answers to the ethical questions arising in such studies.

As all these examples of ethical issues demonstrate, it is not always easy to decide whether a particular research project is ethically justifiable. Partly for this reason, colleges and universities have committees that review proposed human-subject research to ensure that federal guidelines are followed.

Monaghan, P. (1993). Sociologist is jailed for refusing to testify about research subject. Chronicle of Higher Education, 39, 10.