Status has many meanings in the dictionary and also within sociology, but for now we will define it as the position that someone occupies in society. This position is often a job title, but many other types of positions exist: student, parent, sibling, relative, friend, and so forth. It should be clear that status as used in this way conveys nothing about the prestige of the position, to use a common synonym for status. A physician’s job is a status with much prestige, but a shoeshiner’s job is a status with no prestige.

Any one individual often occupies several different statuses at the same time, and someone can simultaneously be a banker, Girl Scout troop leader, mother, school board member, volunteer at a homeless shelter, and spouse. This someone would be very busy! We call all the positions an individual occupies that person’s status set (see Figure 5.1 “Example of a Status Set”).

Figure 5.1 Example of a Status Set

Sociologists usually speak of three types of statuses. The first type is ascribed status, which is the status that someone is born with and has no control over. There are relatively few ascribed statuses; the most common ones are our biological sex, race, parents’ social class and religious affiliation, and biological relationships (child, grandchild, sibling, and so forth). 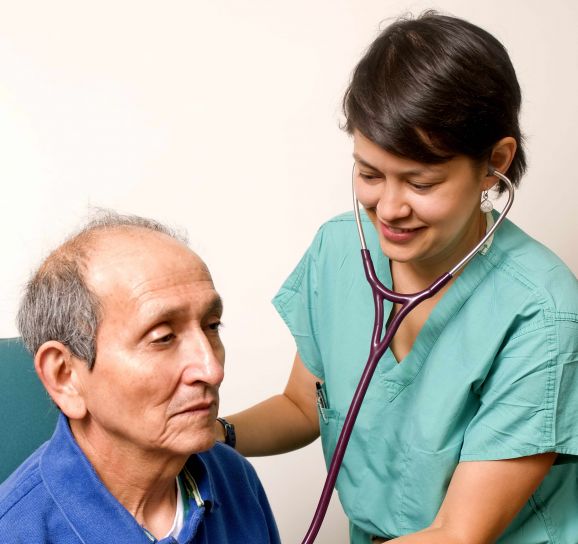 Status refers to the position an individual occupies. Used in this way, a person’s status is not related to the prestige of that status. The jobs of physician and shoeshiner are both statuses, even though one of these jobs is much more prestigious than the other job. Public Domain Images – CC0 public domain.

The second kind of status is called achieved status, which, as the name implies, is a status you achieve, at some point after birth, sometimes through your own efforts and sometimes because good or bad luck befalls you. The status of student is an achieved status, as is the status of restaurant server or romantic partner, to cite just two of the many achieved statuses that exist.

Some master statuses have negative consequences. To recall the medical student and nursing home news story that began this chapter, a physical disability often becomes such a master status. If you are bound to a wheelchair, for example, this fact becomes more important than the other statuses you have and may prompt people to perceive and interact with you negatively. In particular, they perceive you more in terms of your master status (someone bound to a wheelchair) than as the “person beneath” the master status, to cite Matt’s words. For similar reasons, gender, race, and sexual orientation may also be considered master statuses, as these statuses often subject women, people of color, and gays and lesbians, respectively, to discrimination and other problems, no matter what other statuses they may have.

Whatever status we occupy, certain objects signify any particular status. These objects are called status symbols. In popular terms, status symbol usually means something like a Rolls-Royce or BMW that shows off someone’s wealth or success, and many status symbols of this type exist. But sociologists use the term more generally than that. For example, the wheelchair that Matt the medical student rode for 12 days was a status symbol that signified his master status of someone with a (feigned) disability. If someone is pushing a stroller, the stroller is a status symbol that signifies that the person pushing it is a parent or caretaker of a young child.

Whatever its type, every status is accompanied by a role, which is the behavior expected of someone—and in fact everyone—with a certain status. You and most other people reading this book are students. Despite all the other differences among you, you have at least this one status in common. As such, there is a role expected of you as a student (at least by your professors); this role includes coming to class regularly, doing all the reading assigned from this textbook, and studying the best you can for exams. Roles for given statuses existed long before we were born, and they will continue long after we are no longer alive. A major dimension of socialization is learning the roles our society has and then behaving in the way a particular role demands. 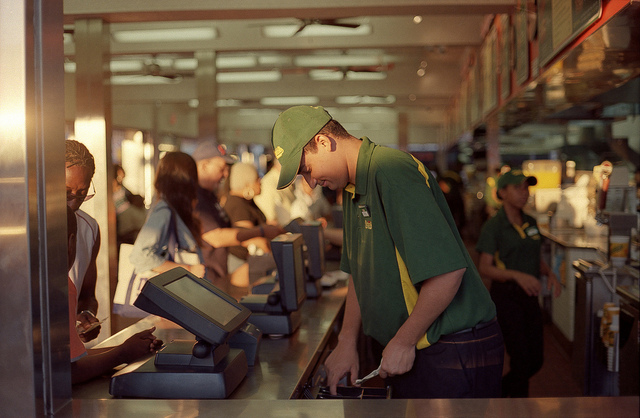 Roles help us interact because we are familiar with the behavior associated with roles. Because shoppers and cashiers know what to expect of each other, their social interaction is possible.

Because roles are the behavior expected of people in various statuses, they help us interact because we are familiar with the roles in the first place, a point to which the second half of this chapter returns. Suppose you are shopping in a department store. Your status is a shopper, and the role expected of you as a shopper—and of all shoppers—involves looking quietly at various items in the store, taking the ones you want to purchase to a checkout line, and paying for them. The person who takes your money is occupying another status in the store that we often call a cashier. The role expected of that cashier—and of all cashiers not only in that store but in every other store—is to accept your payment in a businesslike way and put your items in a bag. Because shoppers and cashiers all have these mutual expectations, their social interaction is possible.

Modern life seems increasingly characterized by social networks. A social network is the totality of relationships that link us to other people and groups and through them to still other people and groups. As Facebook and other social media show so clearly, social networks can be incredibly extensive. Social networks can be so large, of course, that an individual in a network may know little or nothing of another individual in the network (e.g., a friend of a friend of a friend of a friend). But these “friends of friends” can sometimes be an important source of practical advice and other kinds of help. They can “open doors” in the job market, they can introduce you to a potential romantic partner, they can pass through some tickets to the next big basketball game. As a key building block of social structure, social networks receive a fuller discussion in Chapter 6 “Groups and Organizations”.

A social group (hereafter just group) consists of two or more people who regularly interact on the basis of mutual expectations and who share a common identity. To paraphrase John Donne, the 17th-century English poet, no one is an island; almost all people are members of many groups, including families, groups of friends, and groups of coworkers in a workplace. Sociology is sometimes called the study of group life, and it is difficult to imagine a modern society without many types of groups and a small, traditional society without at least some groups.

In terms of size, emotional bonding, and other characteristics, many types of groups exist, as Chapter 6 “Groups and Organizations” explains. But one of the most important types is the formal organization (also just organization), which is a large group that follows explicit rules and procedures to achieve specific goals and tasks. For better and for worse, organizations are an essential feature of modern societies. Our banks, our hospitals, our schools, and so many other examples are all organizations, even if they differ from one another in many respects. In terms of their goals and other characteristics, several types of organizations exist, as Chapter 6 “Groups and Organizations” will again discuss.

As those chapters will show, these social institutions all help the United States meet its basic needs, but they also have failings that prevent the United States from meeting all its needs. A particular problem is social inequality, to recall the vertical dimension of social structure, as our social institutions often fail many people because of their social class, race, ethnicity, gender, or all four. These chapters will also indicate that American society could better fulfill its needs if it followed certain practices and policies of other democracies that often help their societies “work” better than our own.

The largest component of social structure is, of course, society itself. Chapter 1 “Sociology and the Sociological Perspective” defined society as a group of people who live within a defined territory and who share a culture. Societies certainly differ in many ways; some are larger in population and some are smaller, some are modern and some are less modern. Since the origins of sociology during the 19th century, sociologists have tried to understand how and why modern, industrial society developed. Part of this understanding involves determining the differences between industrial societies and traditional ones.

Sociologist Ferdinand Tönnies (1887/1963) long ago characterized these key characteristics of traditional and industrial societies with the German words Gemeinschaft and Gesellschaft. Gemeinschaft means human community, and Tönnies said that a sense of community characterizes traditional societies, where family, kin, and community ties are quite strong. As societies grew and industrialized and as people moved to cities, Tönnies said, social ties weakened and became more impersonal. Tönnies called this situation Gesellschaft and found it dismaying. Chapter 5 “Social Structure and Social Interaction”, Section 5.2 “The Development of Modern Society” discusses the development of societies in more detail.