It would be presumptuous to claim to know exactly how to reduce crime, but a sociological understanding of its causes and dynamics points to several directions that show strong crime-reduction potential. Before sketching these directions, we first examine the get-tough approach, a strategy the United States has used to control crime since the 1970s.

Harsher law enforcement, often called the get-tough approach, has been the guiding strategy for the U.S. criminal justice system since the 1970s. This approach has involved increased numbers of arrests and, especially, a surge in incarceration, which has quintupled since the 1970s. Reflecting this surge, the United States now has the highest incarceration rate by far in the world. Many scholars trace the beginnings of the get-tough approach to efforts by the Republican Party to win the votes of whites by linking crime to African Americans. These efforts increased public concern about crime and pressured lawmakers of both parties to favor more punitive treatment of criminals to avoid looking soft on crime (Beckett & Sasson, 2004; Pratt, 2008). According to these scholars, the incarceration surge stems much more from political decisions and pronouncements, many of them racially motivated, by lawmakers than from trends in crime rates. As Beckett and Sasson (2004, pp. 104, 128) summarize this argument,

Crime-related issues rise to the top of the popular agenda in response to political and media activity around crime—not the other way around. By focusing on violent crime perpetrated by racial minorities…politicians and the news media have amplified and intensified popular fear and punitiveness.…Americans have become most alarmed about crime and drugs on those occasions when national political leaders and, by extension, the mass media have spotlighted these issues. 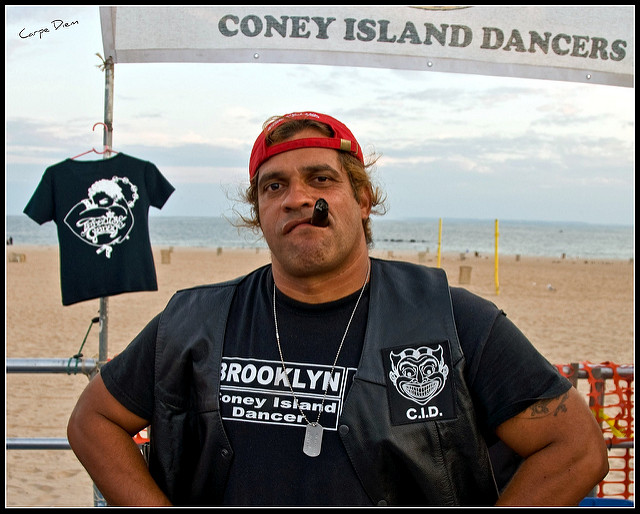 The get-tough approach since the 1970s has greatly increased the number of prisoners. Scholars question whether this approach has reduced crime effectively and cost efficiently.

Today more than 2.3 million Americans are incarcerated in jail or prison at any one time, compared to only about one-fourth that number 30 years ago (Warren, 2009). This increase in incarceration has cost the nation hundreds of billions of dollars since then.

Despite this very large expenditure, criminologists question whether it has helped lower crime significantly (Piquero & Blumstein, 2007; Raphael & Stoll, 2009). Although crime fell by a large amount during the 1990s as incarceration rose, scholars estimate that the increased use of incarceration accounted for at most only 10%–25% of the crime drop during this decade. They conclude that this result was not cost effective and that the billions of dollars spent on incarceration would have had a greater crime-reduction effect had they been spent on crime-prevention efforts. They also point to the fact that the heavy use of incarceration today means that some 700,000 prisoners are released back to their communities every year, creating many kinds of problems (Clear, 2007). A wide variety of evidence, then, indicates that the get-tough approach has been more bust than boon.

Recognizing this situation, several citizens’ advocacy groups have formed since the 1980s to call attention to the many costs of the get-tough approach and to urge state and federal legislators to reform harsh sentencing practices and to provide many more resources for former inmates. One of the most well-known and effective such groups is the Sentencing Project (http://www.sentencingproject.org), which describes itself as “a national organization working for a fair and effective criminal justice system by promoting reforms in sentencing law and practice, and alternatives to incarceration.” The Sentencing Project was founded in 1986 and has since sought “to bring national attention to disturbing trends and inequities in the criminal justice system with a successful formula that includes the publication of groundbreaking research, aggressive media campaigns and strategic advocacy for policy reform.” The organization’s Web site features a variety of resources on topics such as racial disparities in incarceration, women in the criminal justice system, and drug policy.

Not surprisingly, many sociologists and other social scientists think it makes more sense to try to prevent crime than to wait until it happens and then punish the people who commit it. That does not mean abandoning all law enforcement, of course, but it does mean paying more attention to the sociological causes of crime as outlined earlier in this chapter and to institute programs and other efforts to address these causes.

Several insights for (conventional) crime reduction may be gleaned from the sociological explanations of deviance and crime discussed earlier. For example, the social ecology approach suggests paying much attention to the social and physical characteristics of urban neighborhoods that are thought to generate high rates of crime. These characteristics include, but are not limited to, poverty, joblessness, dilapidation, and overcrowding. Strain theory suggests paying much attention to poverty, while explanations regarding deviant subcultures and differential association remind us of the need to focus on peer influences. Social control theory calls attention to the need to focus on family interaction in general and especially on children in families marked by inadequate parenting, stress, and disharmony. Despite mixed support for its assumptions, labeling theory reminds us of the strong possibility that harsh punishment may do more harm than good, and feminist explanations remind us that much deviance and crime is rooted in masculinity. In sum a sociological understanding of deviance and crime reminds us that much conventional crime is ultimately rooted in poverty, in negative family functioning and negative peer relationships, in criminogenic physical and social conditions of urban neighborhoods, and in the “macho” socialization of boys.

With this backdrop in mind, a sociological understanding suggests the potential of several strategies and policies for reducing conventional crime (Currie, 1998; Greenwood, 2006; Jacobson, 2005; Welsh & Farrington, 2007). Such efforts would include, at a minimum, the following:

This is not a complete list, but it does point the way to the kinds of strategies that would help get at the roots of conventional crime and, in the long run, help greatly to reduce it. Although the United States has been neglecting this crime-prevention approach, programs and strategies such as those just mentioned would in the long run be more likely than our current get-tough approach to create a safer society. For this reason, sociological knowledge on crime and deviance can indeed help us make a difference in our larger society.

What about white-collar crime? Although we have not stressed the point, the major sociological explanations of deviance and crime, especially those stressing poverty, the conditions of poor urban neighborhoods, and negative family functioning, are basically irrelevant for understanding why white-collar crime occurs and, in turn, do not suggest very much at all about ways to reduce it. Instead, scholars attribute the high level of white-collar crime, and especially of corporate crime, to one or more of the following: (a) greed arising from our society’s emphasis on economic success, (b) the absence of strong regulations governing corporate conduct and a severe lack of funding for the federal and state regulatory agencies that police such conduct, and/or (c) weak punishment of corporate criminals when their crimes are detected (Cullen, Maakestad, & Cavender, 2006; Leaf, 2002; Rosoff, Pontell, & Tillman, 2010). Drawing on this understanding, many scholars think that more effective corporate regulation and harsher punishment of corporate criminals (that is, imprisonment in addition to the fines that corporations typically receive when they are punished) may help deter corporate crime. As a writer for Fortune magazine observed, corporate crime “will not go away until white-collar thieves face a consequence they’re actually scared of: time in jail” (Leaf, 2002, p. 62).